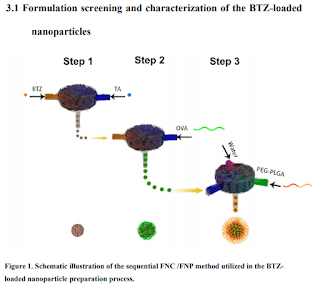 Liver cancer is a very common and often fatal form of cancer that has limited treatment options outside of surgical resection. Recently, researchers at Johns Hopkins University utilized mPEG-PLGA (AK037) from PolySciTech (www.polyscitech.com) to create bortezomib-loaded nanoparticles as a treatment option for liver cancer. This research holds promise for improved therapies against this fatal disease. Read more: Zhou, Yang. "Development of Bortezomib-Loaded Nanoparticles for Locoregional Treatment of Hepatocellular Carcinoma." PhD diss., Johns Hopkins University, 2020. https://jscholarship.library.jhu.edu/handle/1774.2/62729
“Abstract: Hepatocellular carcinoma (HCC) is the 6th most common cancer and the 4th leading cause of carcinoma-related death worldwide; yet there no curative chemotherapy strategy available for unresectable HCC. Bortezomib (BTZ) is a proteasome inhibitor that is FDA-approved for multiple myeloma and certain subtypes of chronic myelogenous leukemia; and in drug screening tests it shows promising potency in HCC cells. Systemic administration at required doses proves to be toxic in mice, however, repeated intra-tumoral injections results in tumor regression. The objective of this study is to develop a BTZ-loaded nanoparticle that can lower the systemic toxicity through local release of BTZ over several days. The BTZ-loaded nanoparticles were prepared by a facile assembly technique combining flash nanocomplexation (FNC) and flash nanoprecipitation (FNP), achieving high uniformity, stability, and adjustability by controlling the input parameters during preparation process. In the pilot in vivo study, the BTZ-loaded nanoparticles demonstrated local retention for more than 10 days in tumor tissue following intratumoral injection and exerted similar tumor-killing effect with same dose, yet less injection frequency as compared to free BTZ. The BTZ-loaded nanoparticles exhibited potential as a locoregional delivery system to provide a new therapeutic modality for future HCC treatment”
Posted by John Garner at 9:11 AM No comments: 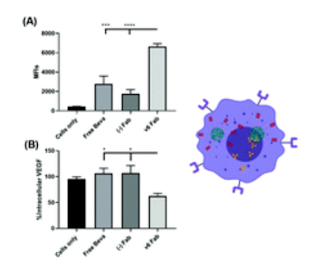 Colorectal cancer is one of the most common cancers in the world and is very difficult to treat effectively. Recently, Researchers at i3S, INEB, and Universidade do Porto (Portugal) used PLGA-PEG-Mal (AI110) from PolySciTech (www.polyscitech.com) as part of development of targeted nanoparticles loaded with bevacizumab to treat colon cancer. This research holds promise to improve therapies against this disease. Read more: Baião, Ana, Flávia Sousa, Ana Vanessa Oliveira, Carla Oliveira, and Bruno Sarmento. "Effective intracellular delivery of bevacizumab via PEGylated polymeric nanoparticles targeting the CD44v6 receptor in colon cancer cells." Biomaterials Science (2020). https://pubs.rsc.org/en/content/articlelanding/2020/bm/d0bm00556h/unauth#!divAbstract

“Abstract: Colorectal cancer (CRC) is one of the most common and deadly cancers in the world, mainly due to its metastatic and metabolic ability. The CD44 receptor isoform containing exon 6 (CD44v6) is a transmembrane protein that plays an important role in the establishment of tumors and metastasis, which make this molecule a potential target for therapy and diagnosis of tumors. Aiming at a targeted therapy, the anti-VEGF monoclonal antibody (mAb) bevacizumab was loaded into poly(lactic-co-glycolic acid)-polyethylene glycol (PLGA-PEG) nanoparticles (NPs) functionalized with an antibody fragment (Fab) specific for CD44v6-expressing human cancer cells. The sizes of NPs were in the range of 150–250 nm and they had a negative charge between −5 and −10 mV, with an association efficiency (AE) of bevacizumab of 86%. v6 Fab-PLGA-PEG NPs containing bevacizumab specifically bonded to the CD44v6 cell surface receptor and exhibited higher internalization into CD44v6+ epithelial cells than bare and (−) Fab-PLGA-PEG NPs. To understand the biological effect of NP targeting, the intracellular levels of bevacizumab and VEGF were evaluated after the incubation of targeted and untargeted NPs. The intracellular levels of bevacizumab were significantly higher in cells incubated with v6 Fab-PLGA-PEG NPs and these NPs resulted in a significant decrease in the intracellular VEGF compared to untargeted NPs and free bevacizumab. PLGA-PEG NPs, surface-functionalized with a v6-specific Fab, have the potential to intracellularly deliver bevacizumab into CD44v6 expressing cancer cells.” 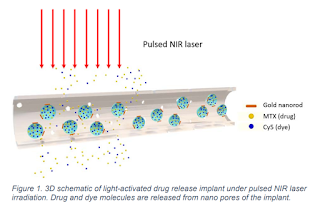 Several chronic ocular diseases can be treated by direct delivery of medicinal molecules into the ocular space. However, performing repeat ocular injections is inconvenient for both patient and practitioner. Recently, researchers at University of Cincinnati used PLGA (AP049) from PolySciTech (www.polyscitech.com) to create a laser-triggered implant for delivery of controlled dosage drugs against macular degeneration and other ocular diseases. This research holds promise to prevent blindness. Read more: He, Xingyu, Zheng Yuan, Samantha Gaeke, Winston W. Kao, Daniel Miller, Basil Williams, and Yoonjee Park. "Laser-activated drug implant for controlled release to the posterior segment of the eye." bioRxiv (2020). https://www.biorxiv.org/content/10.1101/2020.06.17.111641v1.abstract

“Abstract: Posterior segment eye diseases such as age-related macular degeneration (AMD), diabetic macular edema (DME) and proliferative vitreoretinopathy (PVR) are serious choric diseases that may result in vision loss. The current standard of care for the posterior segment eye diseases involves frequent intravitreal injections or intravitreally injectable sustained-release implants. However, dosage is not controllable once the implant is inserted in the vitreous, resulting in serious local side effects, such as elevated intraocular pressure and cataract formation. We previously developed a size-exclusive nanoporous biodegradable PLGA capsule and combined with light-activatable drug-encapsulated liposomes, to create a lightactivated dose-controllable implant for posterior eye disease treatment. We demonstrated the stability and safety of the implant in rabbit eyes for 6 months. In this study, we focused on the drug release from the dose-controllable implant by laser irradiation both in vitro and in vivo. Drug release kinetics upon laser irradiation were analyzed with two different total dosages. Drug release by laser irradiation in the rabbit eyes was determined by fluorescence intensity. Optical and histology examination confirmed no damage on the retina. The results demonstrated feasibility of using the implant as a on-demand dose-controllable drug delivery system to the posterior segment of the eye.”
Posted by John Garner at 4:27 PM No comments: 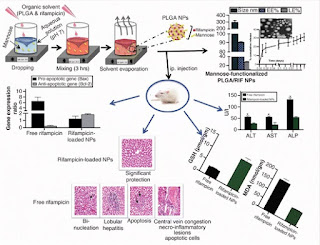 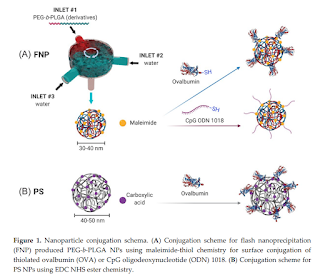 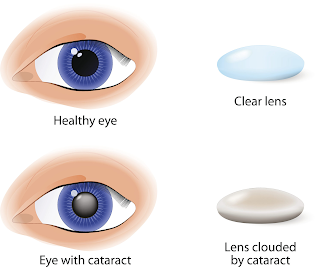 “Purpose: Cataracts are the leading cause of blindness worldwide, resulting in over 30 million surgeries each year. These cases are expected to double within the next 10 years. About 25% of all patients develop secondary cataracts or posterior capsule opacification (PCO) postsurgery. PCO is a vision impairment disorder that develops from myofibroblasts migration and contraction that deforms the capsule surrounding the lens. Currently, Nd:YAG laser therapy is used to treat PCO; however, laser is not available worldwide and adverse side effects may arise. Thus, there is a considerable unmet need for more efficacious and convenient preventive treatments for PCO. Our work focuses on engineering an innovative, prophylactic sustained release platform for DNA-based nanocarriers to further reduce the incidence of PCO. Methods: Novel, optically clear, self-assembled poly(d,l-lactic-co-glycolic acid)-b-poly(ethylene glycol) (PLGA-PEG) triblock copolymer hydrogels were used for the sustained release of the DNA-based nanocarriers (3DNA®) loaded with cytotoxic doxorubicin (DOX) and targeted with a monoclonal antibody called G8 (3DNA:DOX:G8), which is specific to cells responsible for PCO. Results: The 29 (w/v)% polymer hydrogels with the 3DNA nanocarriers presented over 80% of light transmittance, soft mechanical properties (
Posted by John Garner at 10:15 AM No comments:

This blog is dedicated to answering technical questions relating to PolySciTech (div. of Akina, Inc.) research products in an open environment. Feel free to ask any questions you have regarding our products or search the blog using the search tool below to see if there are answers for your question already available. Be aware that anything you post here will be visible to all so avoid posting any proprietary information.